His phone was dead by the time I had reached the thirtieth attempt. It was no surprise in either situation that his phone was dead or for the fact that I called —  thirty times. Our relationship was a fun game of how many times I would call versus how many times his phone was either broken or dead. Facebook was our fun way of communicating at the time but when that didn’t work and all else was failing, I would get in my car and drive to his apartment just to make sure his car was there. This meant that he wasn’t dead, right? No car accident, car is in tact, he is home safe and sound. But what about internally? I mean, he took sleeping pills, what if he took one too many? I’ve heard of gamers dying from consistent playing. Hours and hours of one game and death becomes them. What if he overslept into eternity? He slept twelve hours at a time, maybe this time he wasn’t waking up?

This was my thought process. Never did I once imagine that he wasn’t picking up because he was cheating or purposely ignoring me, although he would very often. The ignoring me, not the cheating. I was dating a gamer not a playboy. But still, no practical thing occurred to me other than death. This is why I spent the rest of freshman year of college single and crying. I had become too much. But what he, and others didn’t realize was that this was not something I thoroughly enjoyed doing. Yeah maybe it was nice that I could drive two seconds to stalk my boyfriend, just in case I might find him in a heavy game of WoW with a steamy dragon empress. However, the calling and the immediate conclusion of death was far from something I was eager to worry about.

It wasn’t until Junior year of college when I chose to do something about the problem at hand. I was studying for a test one night and all was well. My roommate and I were chatting at the round table in the make-shift dining room in our apartment. I believe that was the night that we had cooked this delicious noodle casserole. It was a few hours after that, roughly midnight, when I realized I hadn’t heard from my boyfriend. This is the same boyfriend from freshman year that had broken up with me but this time we agreed it would be different. And it had been. I was cool and calm and death was far from my mind. Until this night. I was extremely stressed out and running low on sleep. I decided that I would call since it had been a while — but I got nothing. I was a little more practical at the time so I put my phone in my room and attempted to study, checking my phone only every fifteen minutes. In doing so, I failed to actually study and just found myself panically running back and forth from my phone to my textbook in hopes I would have missed a call to return in those fifteen minutes.

It was 5 am when I exploded in tears on my bathroom floor wondering what in the hell was wrong with me. I knew well and true that he was asleep but my mind didn’t want to play that easy game. It wanted me to look at the bigger picture that yes he could be dead. He could have gone to get a late night snack and someone could have robbed him, crashed into him, or worse, kidnapped him. My mind loved playing these tricks on me. It enjoyed the race and the panic and must have gotten sick pleasure from watching me pour rivers into my hands as I wondered why I was scared of losing the people that I love.

You should know that he did not die. He in fact was sleeping and answered my last and final call at 5:30 am that same morning, in his cute groggy voice that was probably hiding his disdain for me in that moment. After he answered I called my dad knowing that he would be up getting for work. I asked him what was wrong with me and he would console me and tell me to go to my happy place, something he always said when I was feeling like this. My happy place was always on a beach somewhere reading a book. It sounds cliche but that is where I go to in my head when I don’t want to go to where my head is trying to take me. 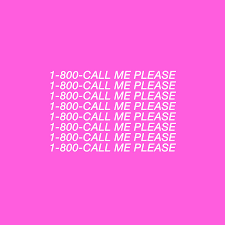 I failed that test that I was studying for that night and had to drop the class. It was a class that required me to make a C and I knew even with that test grade there was no way I could do it. It was this moment that enacted some sort of change in me. I decided that I needed to talk to an “outside” person about this. Someone who didn’t know me. So I turned to the school’s counseling program. It was on campus for easy access to me and it was also free, so absolutely no access to my bank account from them. I should have known then, that although my school is great, it is very conservative. And when I tried to release my craziness on my counselor, he could only tell me his opinions on his guidance. His being God.

Our conversations often varied from my troubles at home and the stuff I dealt with personally as far as insecurities but I was there to fix a problem. The only real problem at hand. And I got nothing. I didn’t really need him to understand when it started. I remember clearly. When I was in high school I was out with a friend running errands. One minute we were in the Conns store paying a bill for her mom and the next my cousin was calling me trying to find my mom. I could hear my aunt screaming in the background and although I had no idea what she was shouting, I knew something was wrong with my grandma. Before I knew it, my grandma went from being here to being gone and I couldn’t shake the uncertainty. I couldn’t help but fear the reality of life and death and it became something I carried around with me for years. I showed this anxiety in different ways and suffered with being a severe hypochondriac. I made my mom take me to doctors appointments to see if I had back cancer. I let myself think that cartilage in my nose was a form of nose cancer. Everyone around me, including myself is dying and that was something that I took pretty hard.

I decided to stop seeing the counselor after he told me that church might help. Not that God can’t help but I knew this was going to have to start and end with me. I understood that he wanted me to take this approach because he thought I feared the afterlife. And sometimes I do and an existential crisis is kind of routine for me. But this all had nothing to do with what happens after and everything to do with now. I was scared of life and the bumps in the road. I was terrified of what I couldn’t control and that was something only I could learn to deal with.

Since then, I have somehow managed to accept this uncertainty as something that sits besides me but does not dictate my life. I no longer operate out of fear but I do get the occasional jitters now and again. I might be out having a good time and in a moment I am overcome with shaking hands and panicked breath. But I manage. I no longer pick up the phone repeatedly when someone doesn’t answer the first time, something that might still be crippling seeing as though I often don’t pick up the phone to call at all. But I am working on it — one day at a time. But if you see me calling —  thirty times — just answer the phone.

I'm your average 21 year-old college student who loves coffee and writing a little too much. View all posts by ASHLEY MAC